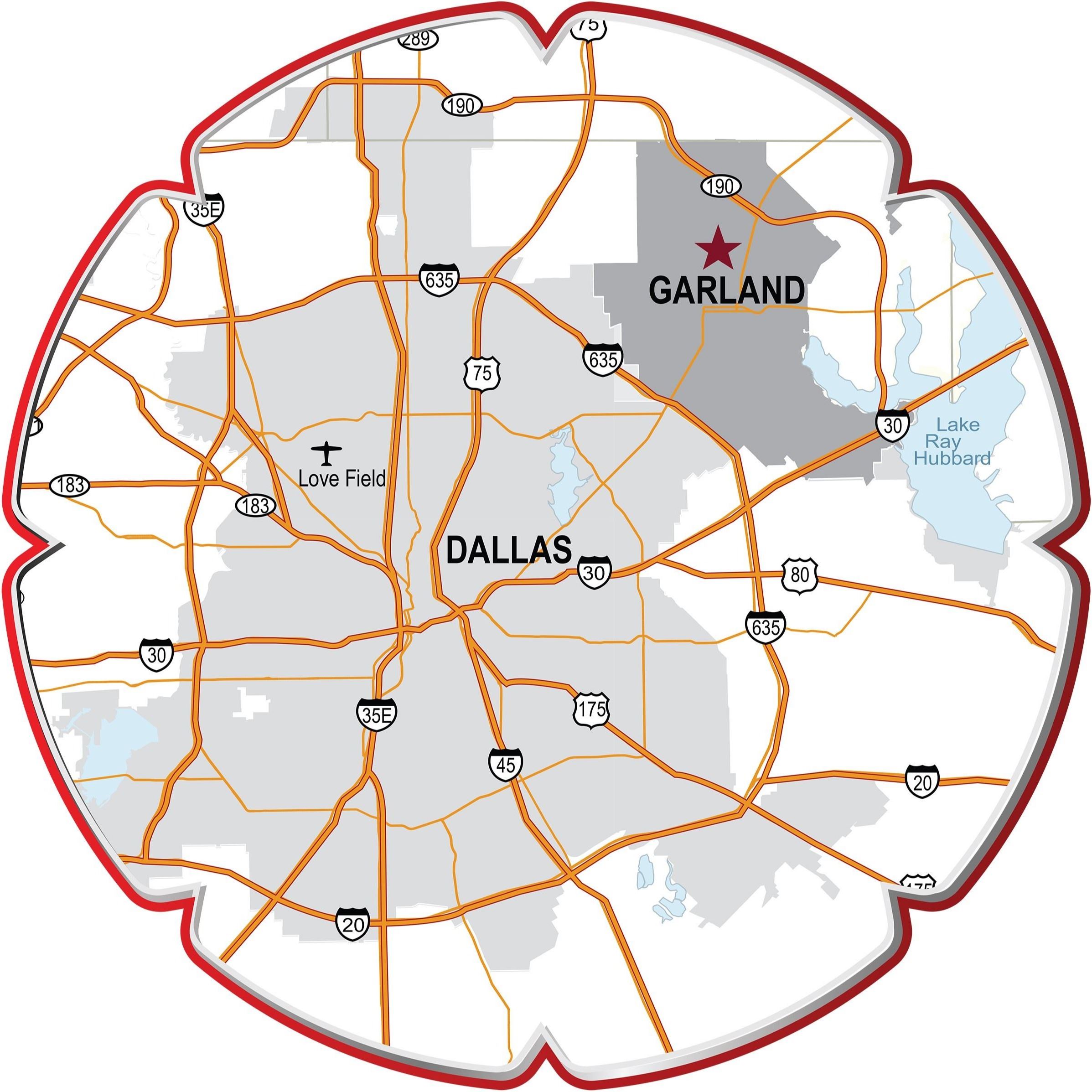 Garland is in the heart of a highly interconnected regional system of highways, trains, bus routes, and plane through proximity to two major airports. The city's strategic location offers face-to-face connectivity to a thriving regional market of the Dallas-Fort Worth Metroplex.

A large part of the city’s industrial and office base is located off of major highways running through the city: Interstate 635 (IH-635), Interstate 30 (IH-30), and President George Bush Turnpike (PGBT).

In 2011, the competitive advantage of Garland’s central location was enhanced with the completion of the eastern section of President George Bush Turnpike. With expected growth of the area, major construction projects will be enhancing Garland's highways within the next 10 years. See current and future plans for PGBT and IH-30/IH-635.

With a strong manufacturing base, Garland has been home to a network of heavy rail lines, including: Kansas City Southern (KCS), Union Pacific (UP), and Dallas, Garland, and Northeastern Railroad (DGNO). Before the Great Depression, the KCS (formerly Santa Fe) and UP (formerly MK&T) wrote the history of Garland’s business expansion, primarily centered on the distribution of cotton and onions, and telephone/telegraph services.

In the future, the development of the UP Inland Port in Southern Dallas over the next 30 years promises to increase Class I rail traffic throughout the national UP system, including short line feeders such as the DGNO.

Garland continues to encourage higher density residential, retail and employment uses adjacent to the stations for its near and long term economic growth. Click here for more information on train schedules, routes, and maps.

In 2013, DART opened the eastern extension of the Blue Line that connects Downtown Garland to Downtown Rowlett. The North Central Texas Council of Governments (NCTCOG) Mobility 2030 Plan also recommends study of the KCS rail corridor north from Downtown Garland to Lake Lavon to accommodate future passenger rail needs. This could ultimately give Garland three DART rail stations, further interweaving the city into the center of the metroplex. 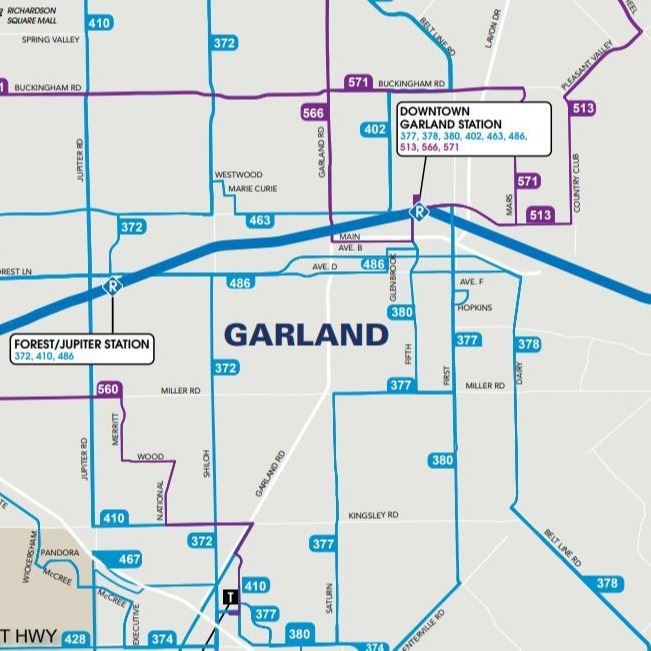 Garland features an extensive bus service which connects to the surrounding Dallas-Fort Worth Metroplex. Buses can be taken to Garland's train stations, which have reach to Dallas, to Fort Worth area (through the Trinity Rail Express), to Denton (through the DCTA A-train). Click here for more information on bus schedules, routes, and maps.

Employers, employees, residents, and visitors in Garland have the advantage of easy access to both Dallas Love Field Airport and Dallas/Fort Worth International Airport, which can be reached through DART and Trinity Rail Expressway.