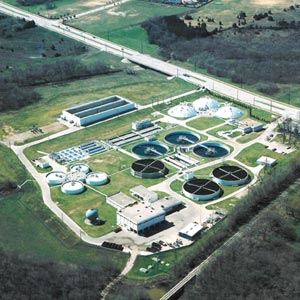 For the year 2011, the Rowlett Creek Center treated an annual average of 17.64 million gallons per day of effluent wastewater. The Rowlett Creek Plant has performed well. The facility has received several Gold and Silver Awards from the National Association of Clean Water Agencies (NACWA) in recognition of its complete and consistent national pollutant discharge elimination system permit compliance. Tours are given often to local, national and international visitors.